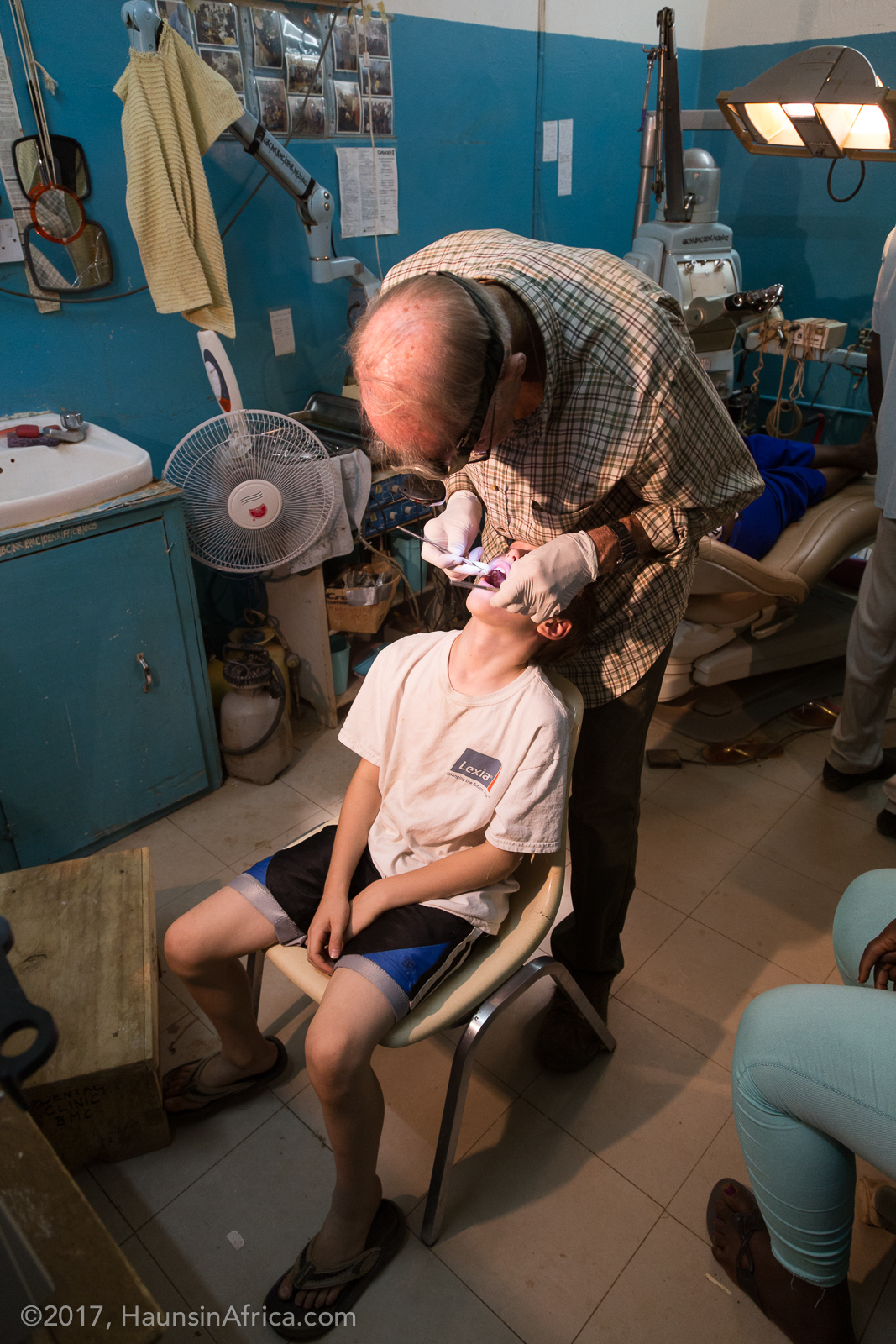 Every year Dr. Fuller Robinson of Roanoke, Virginia comes to BMC to do mobile dental clinics in the region. He’s 88 years old and refuses to let that stop him. This year he came out to do his 41st trip since 1981!

Trey had a dental visit in the US last December but we thought it wise to swing him by Dr. Robinson’s office at BMC while he was in town. The dentist poked around a few minutes and declared Trey’s teeth to be perfect. He also invited me to come along with him on one of his village trips.

The next day I followed him to a remote village near the Ghana/Togo border. There over 140 Bimoba men, women and kids were waiting for him and his team. They all had teeth that they wanted pulled. All morning long, Dr. Robinson, Tommy Harrison, three BMC staff and two doctors volunteering from Boston looked into mouths and removed teeth.

After about 4 hours and the crowd of patients seeming to grow, Dr. Robinson finally told me to put my camera down, don some gloves and get to work! He patiently showed me how to patient pull a tooth (you don’t actually pull, but gently and steadily wiggle it back and forth until it loosens and rolls out) and then gave me my first patient. The triage would send me the easy, simple cases and refer the more complex ones to the pros.

A couple hours later, with the sun low in the sky, I looked up and saw the queue was finally gone. Never in my life did I think I’d go out to shoot photos and end up pulling 27 teeth in the process!